Big Name Companies Opt for Simple Logo Designs: Should You Follow the Trend?

EBay recently joined other big names like Microsoft and Apple not for a new release of a mini tablet or operating system but for remodeling their iconic logo. This has many business owners looking at their own brand and wondering if there is merit to this trend.

Deven Wenig, president of eBay, had this to say about the logo:


Our refreshed logo is rooted in our proud history and reflects a dynamic future. It’s eBay today: a global online marketplace that offers a cleaner, more contemporary and consistent experience, with innovation that makes buying and selling easier and more enjoyable. We retained core elements of our logo, including our iconic color palette. Our vibrant eBay colors and touching letters represent our connected and diverse eBay community – more than 100 million active users and 25 million sellers globally and growing.


Obviously when a business decides to change their logo - risk is involved as well as re-branding numerous products including everything from websites to sales materials to the sign on the building. However, as most small businesses look to the big names as examples, it's hard to miss the current trend.

What do I mean? Well let's look at some recent big name logo changes.

It's meager beginnings in Seattle are the stuff of legend and while you can find their iconic coffee house seemingly everywhere these days, Starbucks has become more than just a place to get a cup of joe. This is the very reason Starbucks claims they made the logo change in early 2011. To be fair, this was the fourth logo remodel in forty years but it was one major detail that had people fuming. The coffee giant removed the words "Starbucks Coffee." Was this a smart move? Simplifying a logo to simple, flat color for more ease of use on products and marketing materials is often implemented but should you remove your company name? The controversy can still be found in forums and chat rooms but for the most part - people are still buying coffee and scones and enjoying free wi-fi in their local Starbucks.

In August of this year, Microsoft rolled out a new logo - the first change in 25 years. The black typeface synonymous with the computer giant has been it's identity since 1987 although it has been accompanied by the 'colorful windows' or flag icon in many different forms. In fact it's the flag modification that is quickly noticable. Gone is the sweeping, dimensional image, replaced by four color squares that represent the company's products. A microsoft spokeswoman has since released a statement that the "flag" was never officially part of the Microsoft logo, and that this is the first time Microsoft has added a symbol - the four squares - to its company logo. Still - formally or not - Microsoft had a 'look' that has become drastically more simple. Was it the right move?


Transformations Can Be Successful (While Others Can Confuse)

Of course, remodeling a company logo is not a new trend. It's been going on for years and there are some companies who have been wildly successful at it. For example: Apple first set out to simplify it's rainbow apple icon so that it would be easier to display on their products (a pretty good reason to consider changing a logo especially when you are a product producing company). So Apple went stark and simple and it worked. They've sinced added a little glitz and style to their apple which has maintained their company image while enhancing the elegance of their products.

Now while some find a remodel can refine a company image - in other cases it can confuse the customer. An example is JC Penney who has morphed from a stylized box to a hollow square and letters that barely resemble their initial image. Will this transformation be for the better? We'll see.

It's hard to ignore this trend of simple, flat color, two-dimensional logo designs. When it comes to your own business brand - make sure your logo sends the right message and represents your company accurately. If your logo could use a little remodel - then do some research. What are other industry names doing? Are their logo's simple like Starbucks, Ebay, Microsoft, Apple and JC Penny? If so, it's possible you could be better served with a simple logo design. 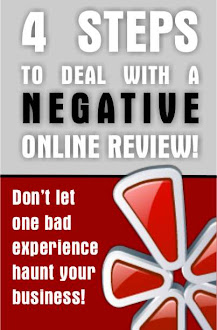